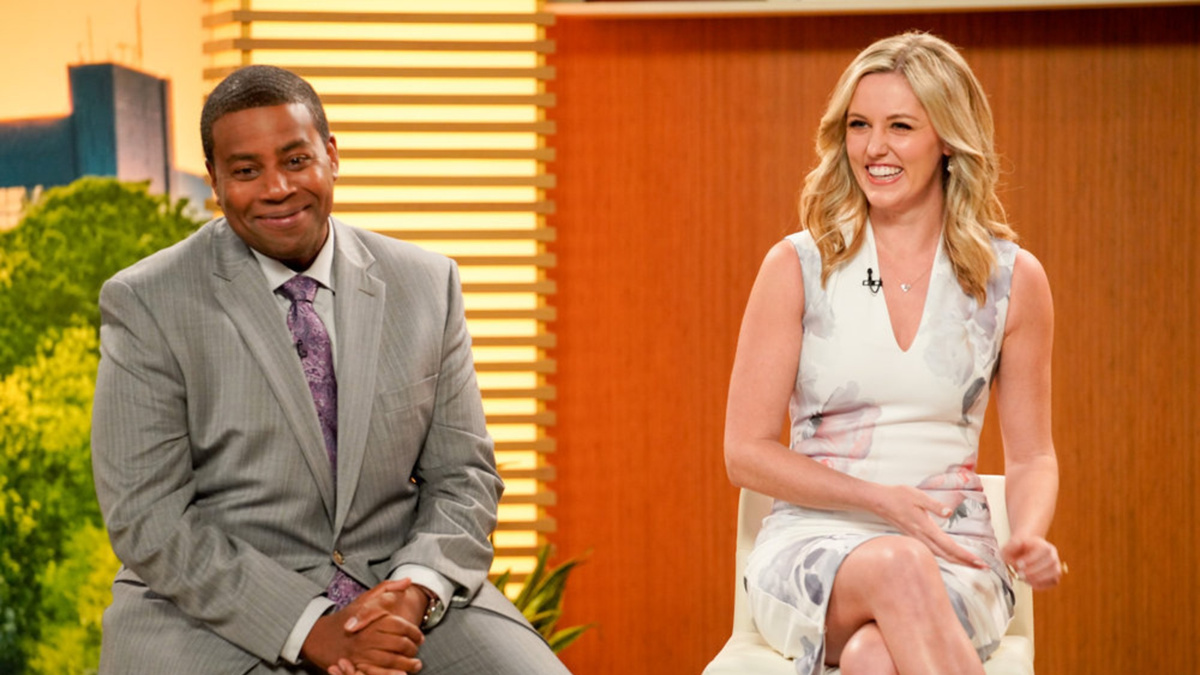 The newest episode of Broadway Profiles includes an interview with Tony nominee Taylor Louderman. Last seen on Broadway as Regina George in Mean Girls, Louderman spoke with Broadway.com Editor-in-Chief Paul Wontorek about using her comedy skills in NBC’s new series Kenan, starring Saturday Night Live‘s Kenan Thompson. “Kenan has been unreal, both Kenan Thompson and the show. It’s really been a dream come true. I just fell in love with comedy ever since Kinky Boots,” said Louderman, who appeared as Lauren in the Tony-winning musical in 2017. “With Mean Girls, I learned even more. Bringing it to the screen though is totally different.”

Louderman plays TV reporter Tami on the show. Fun fact: broadcast journalism was a back-up career for her. “My mom reminded me of this when I got the part,” she told Wontorek. “I actually have a girlfriend who’s from my hometown. She’s a news reporter in St. Louis. I reached out to her and was like, ‘Hey, can you send me any references on really obnoxious, trying-too-hard news reporters?'” Find out if Louderman’s friend delivered the goods in the interview below, and head here to check your local listings for Broadway Profiles. Hosted by Emmy-winning anchor Tamsen Fadal and powered by Broadway.com, it is the only nationally syndicated weekly theater news program.