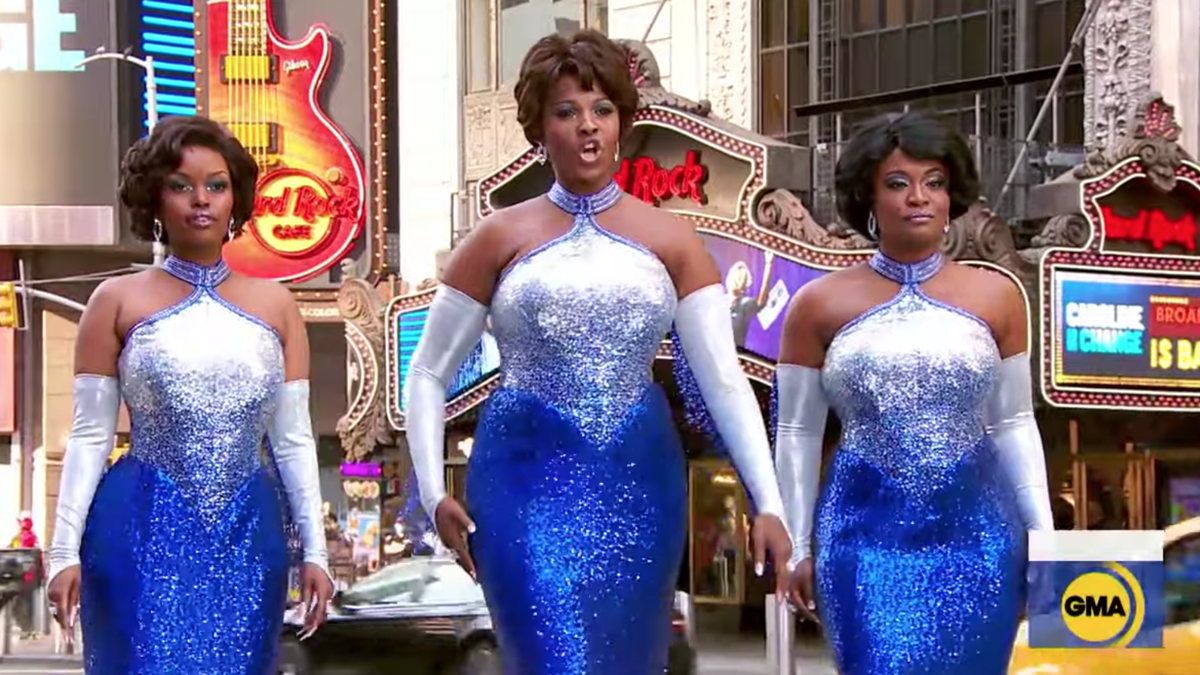 Time to turn on your radio! In honor of the upcoming Broadway revival of Caroline, or Change, which will begin performances at Studio 54 on October 8 ahead of an October 27 opening night, three of the show’s stars took to the Good Morning America stage on September 28. Nya, Harper Miles and Nasia Thomas, who play Caroline’s radio singers in the show, gave audiences a glimpse of what to expect from the revival by singing out “Salty Teardrops.” As previously announced, Olivier winner Sharon D. Clarke, who introduced the performance on GMA, will lead the company as Caroline along with John Cariani, Caissie Levy, Tamika Lawrence, Samantha Williams, Chip Zien and more. Directed by Michael Longhurst, Caroline, or Change has a book and lyrics by Tony Kushner and music by Jeanine Tesori. Get ready for the production by watching the fabulous performance below!