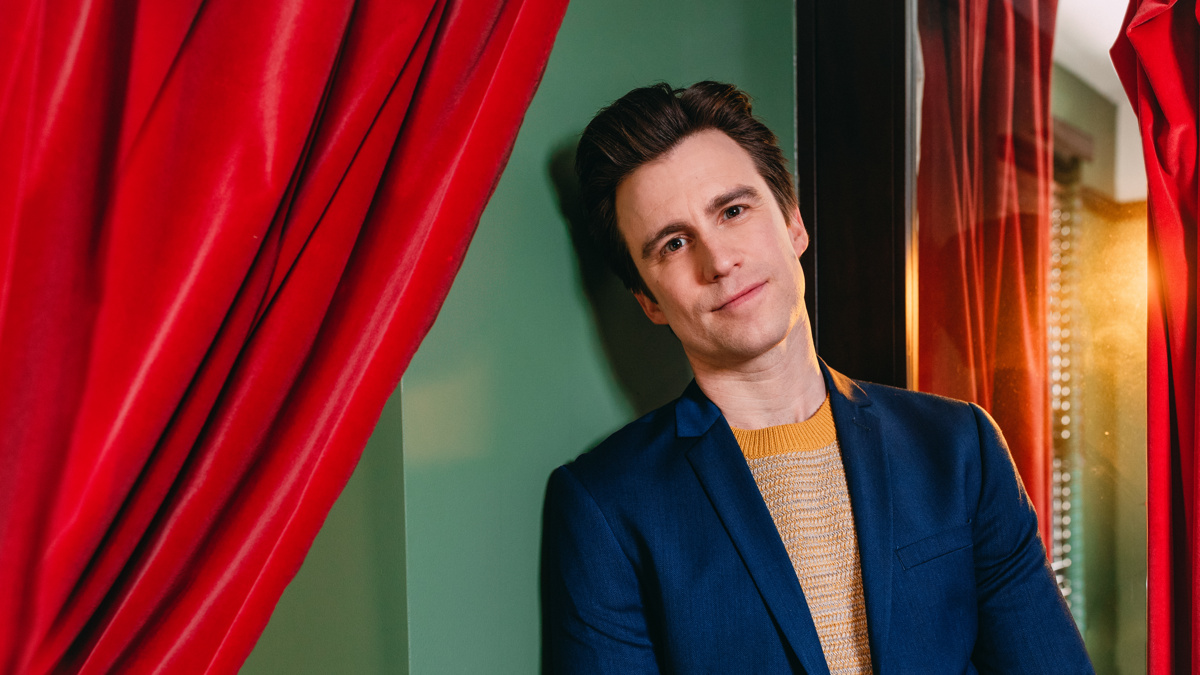 Gavin Creel Offers Walk on Through This Month
We love a Broadway masterpiece! Gavin Creel has been invited to create a program for MetLiveArts, and on October 25 at 6PM and 8:30PM, he will premiere it. The Tony winner has been spending a lot of time in The Metropolitan Museum of Art to prepare this work: the performance piece, entitled Walk on Through, consists of 16 newly composed, original songs about Creel’s experiences in the iconic New York museum. This performance will kick off the new MetLiveArts season as the first in-person performance at The Met Fifth Avenue since March 2020. Check out the full season here.

Hear Beanie Feldstein & Jane Lynch in Harriet the Spy
Funny Girl-bound stars Beanie Feldstein and Jane Lynch are teaming up before hitting the rehearsal room for the eagerly anticipated revival. They are featured in the first-ever animated adaptation of the beloved children’s novel Harriet the Spy. Written and executive produced by Will McRobb, the Apple TV+ series is set in the 1960s and centers on a fiercely independent 11-year-old girl, voiced by Feldstein. Lynch voices her no-nonsense nanny Ole Golly. Check out the fun trailer below, and watch Harriet the Spy beginning on November 19!

Michael Shannon to Lead Senator Joseph McCarthy Biopic
Oscar and Tony nominee Michael Shannon is heading back to the big screen. Deadline reports he will join forces with director Václav Marhoul for a biopic about U.S. Senator Joseph McCarthy, whom Shannon will play. Broadway alum and Emmy nominee Emilia Clarke will portray Senator McCarthy’s wife, Jean Kerr, and Dane DeHaan will play lawyer Roy Cohn. Tom O’Connor penned the screenplay. Production is scheduled to begin in fall of 2022 in both Prague and the United States.

Toni-Leslie James & Ann Roth to Be Honored with Ming Cho Lee Award for Lifetime Achievement in Design
Costume designers Toni-Leslie James and Ann Roth will be honored with a Ming Cho Lee Award for Lifetime Achievement in Design. The awards will be presented at the 57th annual Henry Hewes Design Awards on November 1 at 8PM ET during a livestream. The committee has also chosen to honor five service organizations whose efforts helped keep the design community functioning and healthy as the pandemic unfolded: they include United Scenic Artists Local 829, the Costume Industry Coalition, the See Lighting Foundation, the Theatrical Sound Designers and Composers Association and Wingspace. Representatives of these organizations will be invited to speak about their organization’s mission at the online ceremony, where they will be presented with a citation and a donation from the Henry Hewes Foundation for Theater Arts.