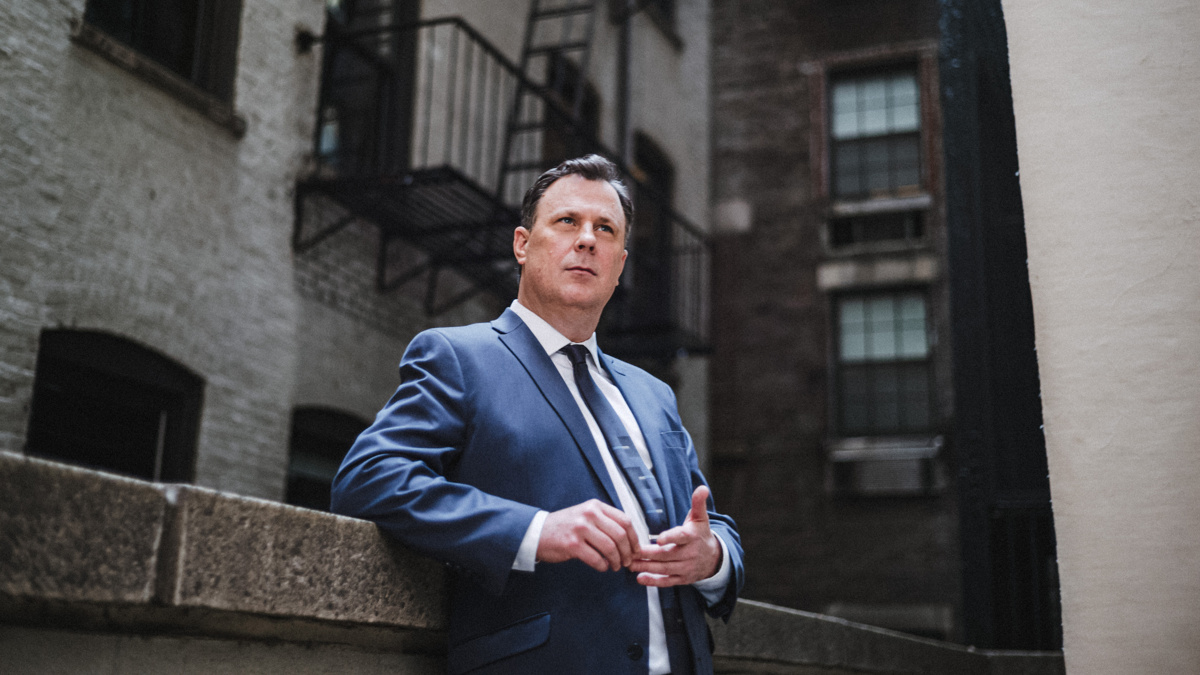 Darren Star’s Uncoupled Announces Series Regulars
Two-time Tony nominee Brooks Ashmanskas has been cast as a series regular on Darren Star’s newest Netflix series Uncoupled, starring Tony winner Neil Patrick Harris. Deadline reports that Ashmanskas, Broadway alum Tuc Watkins, Oscar and Tony winner Marcia Gay Harden, Emerson Brooks and Tisha Campbell will also be featured in the show. Created and executive produced by Sex and the City, Younger and Emily in Paris‘ Star and longtime Modern Family executive producer Jeffrey Richman, the show centers on Michael (Harris), who thinks his life is perfect until his husband Colin (Watkins) blindsides him by walking out the door after 17 years. Overnight, Michael has to confront two nightmares: losing who he thought was his soulmate and suddenly finding himself as a single gay man in his mid-40s in New York City. Ashmanskas will play Stanley, a successful but unlucky-in-love art dealer and one of Michael’s close friends. Filming is scheduled to begin in New York later this year.

Roundabout Announces Program to Support Offstage Workers
The Roundabout Theatre Company has announced that it will host the virtual event Opening Stage Doors from December 7 through December 9. This virtual convening is intended to help remove traditional barriers to offstage jobs in the performing arts. The event, which will take place from noon to 6PM ET each day, is supported by the National Endowment for the Arts and has participation from many partners including IATSE, Yale School of Drama, National Disability Theater and more. Keynote speakers and daily sessions will focus on both practical actions needed immediately to provide safe and educational work experiences and deeply rooted, systemic issues within the field that need to be addressed to create longterm change. Registration is free and open to interested arts professionals, including workforce administrators, organizational leadership, educational partners, union and non-union technicians, workforce funders and past, present or future program participants. “As we look to both effect immediate change and create a more equitable theater industry, we hope these three days of conversation and sharing will help participants gain practical skills and discuss a deeper change to the way we work,” Julia Levy, Executive Director of RTC, said in a statement.

John Gallagher Jr., Michael Shannon & More Set for Abandoned
Tony winner John Gallagher Jr. and Tony nominee Michael Shannon, who both starred in the 2016 Broadway revival of Long Day’s Journey Into Night, will reunite for a thriller, according to Deadline. The two actors will join Emma Roberts for Spencer Squire’s Abandoned. Written by Squire, Jessica Scott and Erik Patterson, the film follows a mother, father and infant son as they move into a remote farmhouse, which harbors a dark, tragic history. As their home’s past is revealed, the mother’s fragility escalates to a state of psychosis that jeopardizes her own safety and that of her newborn son. A release date for the movie will be announced later.

Hilary Mantel’s The Mirror and the Light to Close November 28
The Mirror and the Light, the final installment of Dame Hilary Mantel’s award-winning Wolf Hall series, will conclude its run at London’s Gielgud Theatre on November 28. According to The Guardian, the Royal Shakespeare Company has canceled the production’s planned extension through January 23, 2022. The play was co-written by Mantel and Ben Miles, who plays Thomas Cromwell. It has a cast of 24.

Alex Edelman’s Solo Show Just For Us to Play Off-Broadway
Award-winning stand-up comedian Alex Edelman is set to make his New York stage debut with his one-man show Just For Us, which will play at off-Broadway’s The Cherry Lane Theatre beginning on December 1. Directed by Adam Brace and presented by Mike Birbiglia, Just For Us follows Edelman’s life story and focuses on when he decided to covertly attend a gathering of White Nationalists in New York City and comes face to face with the alt-right abusers who were attacking him online. Just For Us premiered in 2018 at the Melbourne International Comedy Festival, garnering a Barry Award nomination for best show. The show has since played at London’s Soho Theatre and at the Edinburgh Fringe Festival. This marks the U.S. premiere of Just For Us.