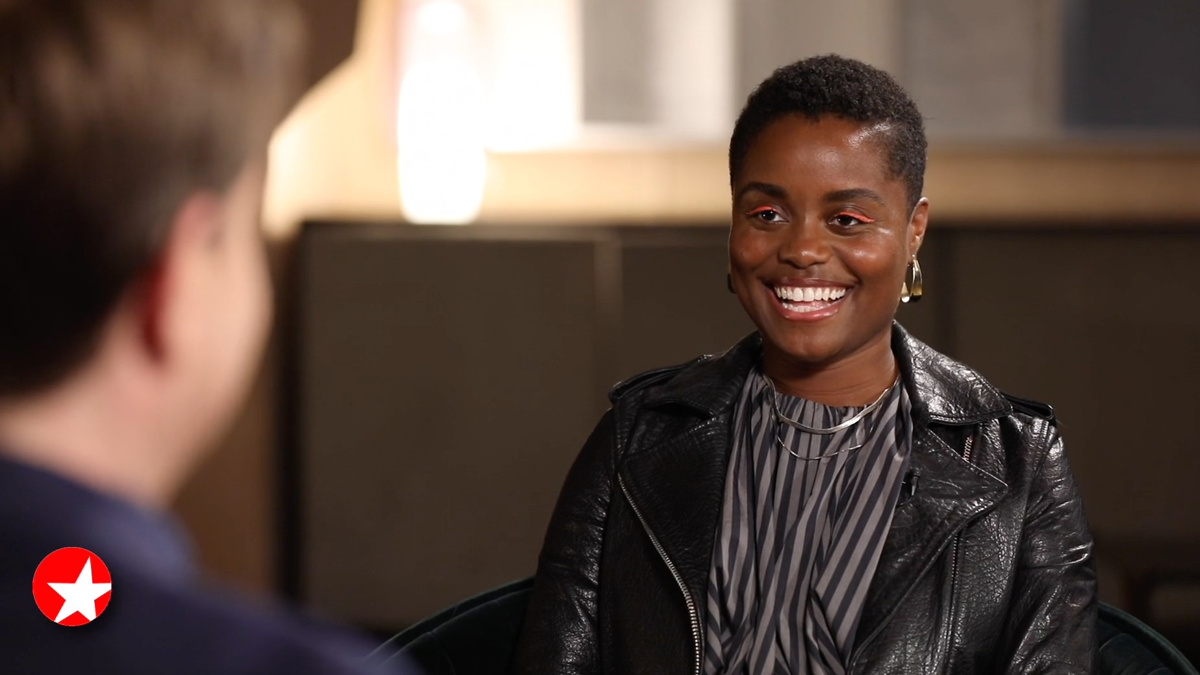 Denée Benton has recently been dazzling viewers as Peggy Scott in HBO’s The Gilded Age, and soon she’ll be on the steps of the palace as Cinderella in Into the Woods at Encores! this season. This staging of the Stephen Sondheim and James Lapine musical is a star-studded event, featuring Heather Headley, Sara Bareilles, Neil Patrick Harris, Gavin Creel, Jordan Donica, Julia Lester, Cole Thompson, Annie Golden and more. Lear deBessonet directs the musical, which will have a two-week run beginning on May 4. Benton sat down with Broadway.com Editor-in-Chief Paul Wontorek at The Time Hotel to chat about the Gilded Age‘s season two, returning to Into the Woods, her “holy trinity” of Broadway actors and more.

The Gilded Age quickly captivated audiences for its historical drama and elegant costumes, and Benton isn’t the only stage star showing up on the small screen. Tony winners Christine Baranski, Donna Murphy, Kelli O’Hara, Celia Keenan-Bolger, Cynthia Nixon, Audra McDonald and Nathan Lane are just a few who join Benton in 1880s New York City. “We all got cast in October of 2019 in a very different world,” Benton said. “I just didn’t know what world this show would be coming out in. Do we really want to see the wealthy whites of the Gilded Age? It’s been really special the way Peggy’s been received and the work that we put into that role. Getting to taste the fruits of all the labor has been nice. It’s really powerful when stories are erased out of narratives and history books. We have an opportunity to fill in this intentional blank.”

While Benton has worked with some of the biggest stars of stage and screen, there’s a certain Tony winner she has her eyes on. “I’ve gotten to work with Audra, I’m still not over it, and I’m going to work with Heather Headley in Into the Woods,” Benton said. “I feel like LaChanze is the part of the holy trinity that I’m missing. Maybe an aunt comes to visit or something. Auntie LaChanze. They’re the holy trinity of women I look up to.”

The Encores! production marks a return to the musical for Benton, who first took to the stage in a school production of Into the Woods. “I was at a new high school and one of my best friends made me audition for it,” Benton said. “I got cast as Rapunzel. I remember falling in love with the show and Cinderella’s been a dream role for a long time. I didn’t think I would ever get a chance to do it. At the age I’m in now, I remember Into the Woods was the first time I got introduced to the gray area of life, you know? Hearing ‘nice is different than good’ blows your mind when you’re a kid. I’m excited for this production. I’m pinching myself.”

Watch the interview below, and head here to check your local listings for The Broadway Show. Hosted by Emmy-winning anchor Tamsen Fadal, it is the only nationally syndicated weekly theater news program.