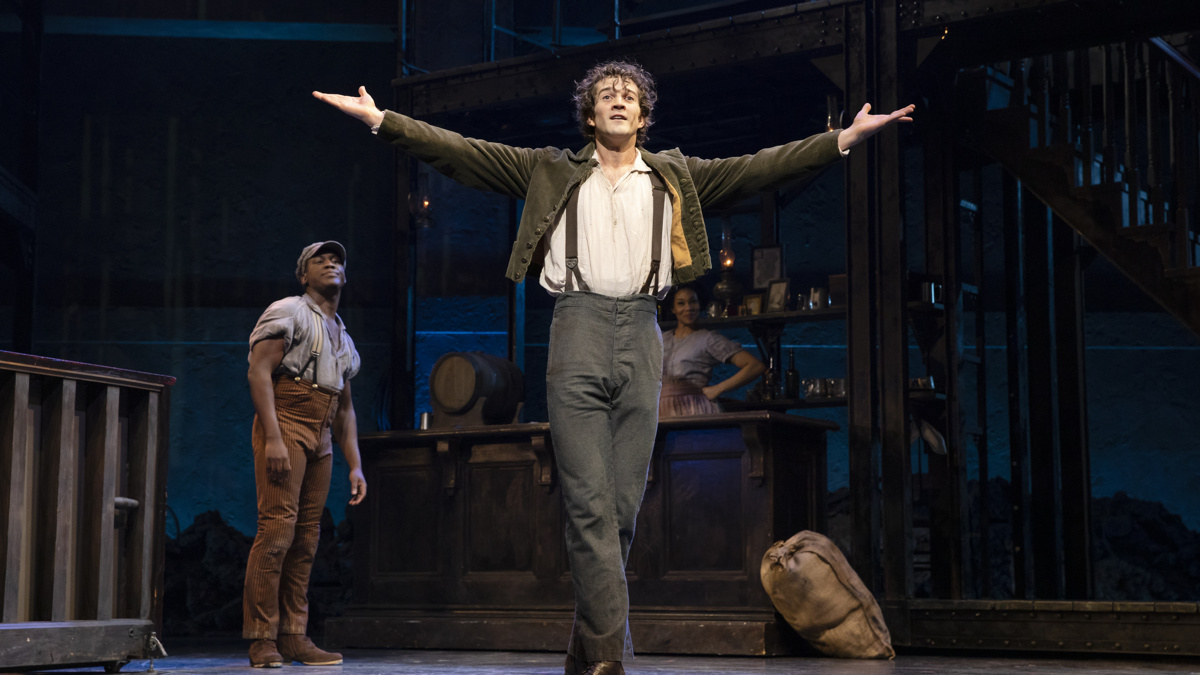 Paradise Square standout A.J. Shively is celebrating his first Tony nomination. He spoke about his unexpected honor with Broadway.com correspondent Charlie Cooper outside the Ethel Barrymore Theatre on The Broadway Show.

“It doesn’t seem real,” he said of the Tony nomination. Shively, who is in a heavy dance role, did not grow up with a dance background. “I joined in a workshop in 2018, and I didn’t have a dance audition. They were like, ‘There might be a moment of Irish dancing.’ I was like, ‘Oh yeah, I took tap class in college.’ I got a C. I wasn’t very good in it. Now, I’m a principal dancer on Broadway. I have the benefit of having literal world champion Irish dancers as my Irish choreographers, Jason Oremus and Garrett Coleman, who are both in the show. My calves look completely different than they did when I started this process.”

A professional child actor, Shively studied architecture at the University of Michigan. Following graduation, he was offered the opportunity to make his Broadway debut in La Cage aux Folles, starring Kelsey Grammar. He went on to play Billy Cane in Bright Star before returning to Broadway in Paradise Square, which is nominated for 10 Tony Awards, including Best Musical.

The show’s story, which is set in 1863 New York where free Black Americans and Irish immigrants live and love together in Lower Manhattan’s notorious Five Points, feels personal for Shively. “This is how and when my family came to America,” he told Cooper. “I hear the Irish whistle at the beginning. I hear the fiddle playing. It’s in my bone marrow. I just feel it resonating. The Irish pride—it feels wonderful. It makes it that much more special.”

Watch the video below, and head here to check your local listings for The Broadway Show. Hosted by Emmy-winning anchor Tamsen Fadal, it is the only nationally syndicated weekly theater news program.