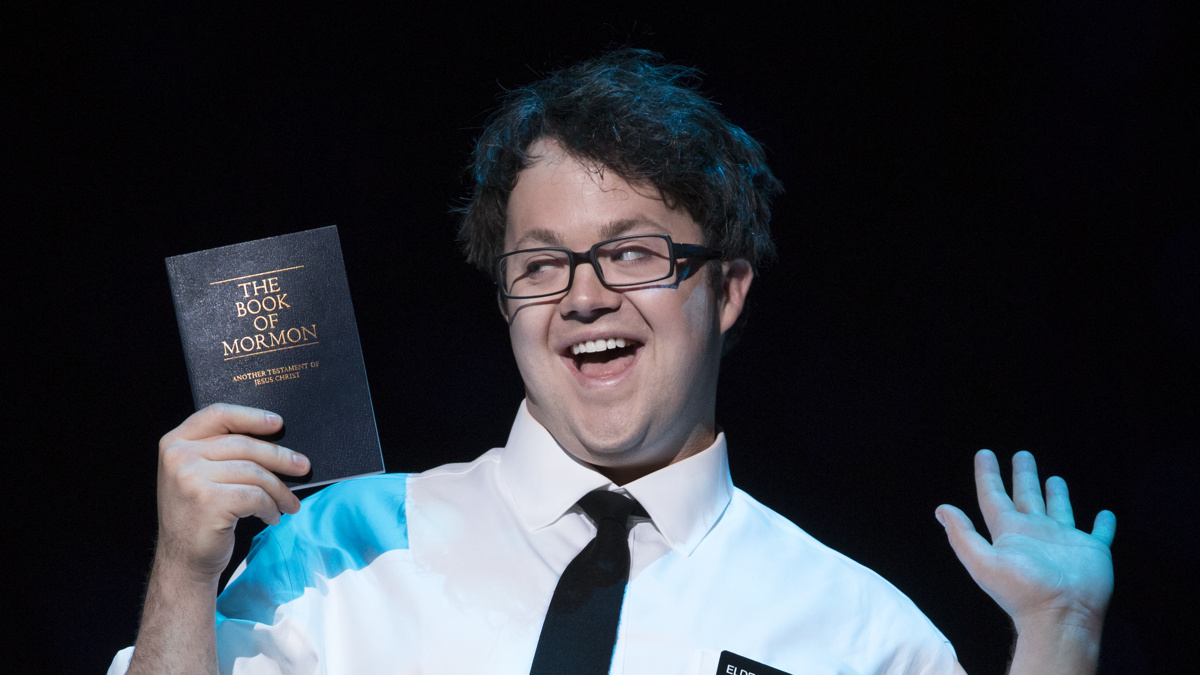 Cody Jamison Strand is getting ready to celebrate 10 years as Elder Cunningham in the Tony-winning musical The Book of Mormon. To celebrate the milestone, Strand sat down with Broadway.com Editor-in-Chief Paul Wontorek at the Civilian Hotel to talk about traveling the world with the show, his parent’s first reactions to the musical and more.

November will mark 10 years since Strand set out on his first mission with The Book of Mormon. “It’s been a wild ride. They’ve taken me all over the world, I’ve seen a lot of places. It’s been wonderful. And now I have a dog and a mortgage,” he said. “I first saw it in May 2012 when we did a college showcas in New York City, and then I auditioned for the show in November of 2012 and have been with it ever since. It’s never going to happen again where there is a part that was written and it felt like a lightning bolt that it was for you. I’m fully aware that it’s never going be this good ever again. That’s why 10 years later, I’m still here.  Everyone’s like, ‘What’s your dream role?’ and I’m doing it.”

Strand’s initial Mormon audition did not go as planned. “I did not nail the audition,” he said. “I remember I walked in and dropped all my sides on the floor, and I felt like an absolute idiot. I wore this teal argyle sweater vest with a teal bow tie. I thought I was cool. I remember they’re like, ‘You got a call back but never wear that again.’ There was no criticism about what I was doing in the room. It was just ‘do not wear that outfit.’  I showed up in a T-shirt and jeans the next time. I don’t remember what I did in the room because it was all fear. I think I’ve carried that with me to this day.”

Watch the interview below and head here to check your local listings for The Broadway Show. Hosted by Emmy-winning anchor Tamsen Fadal, it is the only nationally syndicated weekly theater news program.