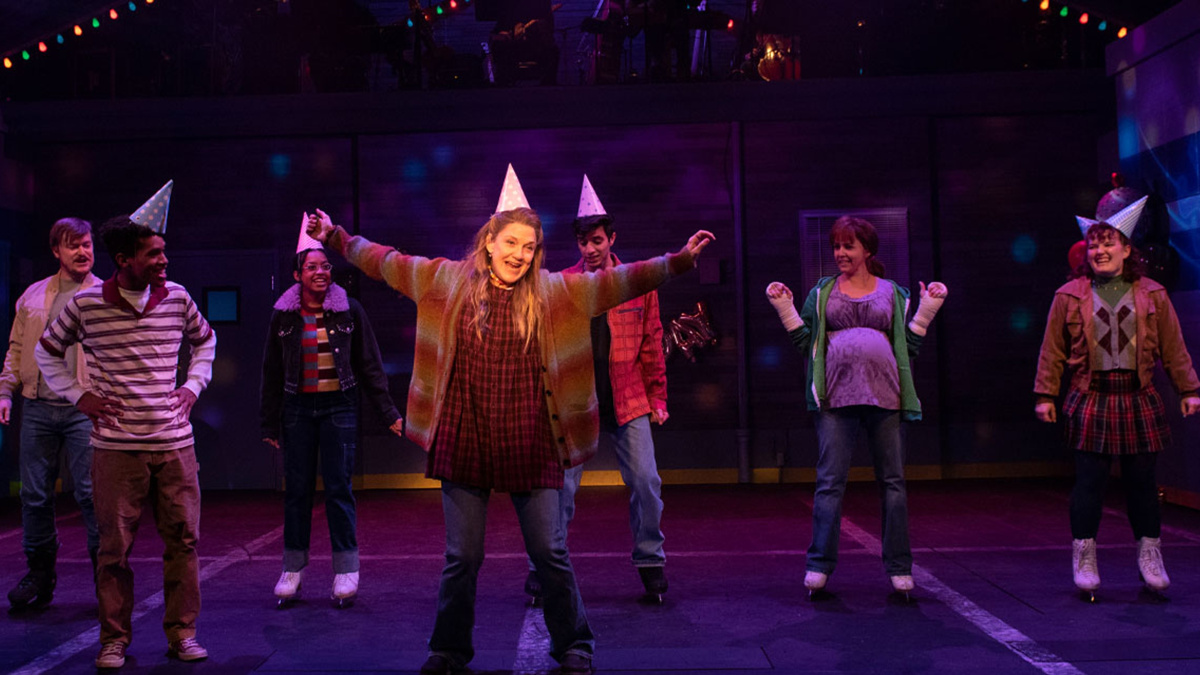 Victoria Clark is aging backwards. In David Lindsay-Abaire and Jeanine Tesori’s new musical Kimberly Akimbo, Clark plays the title character, a teenager who has a rare disease causing her to look like a 72-year-old woman.!The Jessica Stone-helmed production had its world premiere off-Broadway last year and won many accolades, including the New York Drama Critics’ Circle, Lucille Lortel, Outer Critics Circle Award and Drama Desk Award for Best or Outstanding Musical. With preview performances underway and a November 10 opening night getting closer, Clark sat down with The Broadway Show host Tamsen Fadal to talk about the show’s three-generation cast, how the musical is breaking rules and more.

Tony winner Clark has been away from the Broadway stage for seven years working on her own wiritng and directorial projects, and Kimberly Akimbo gave her the push to return to center stage. “I have a lot to say right now in my life,” she said. “It would take a really special show for me to go back on stage and feel like I can channel something that I myself would want to express. The show is doing it to a T. It’s talking about how precious life is and I’m approaching that age where every moment counts. I could never have said it better than David Lindsay-Abaire and Jeanine Tesori. I’m so fortunate to be able to use their words to say what’s in my heart.”

Based on Lindsay-Abaire’s acclaimed play of the same name, Kimberly Akimbo is reimagining what can happen on Broadway. “We’ve spent the last two years, and many of us much longer than that, reexamining what we want to say and how we want to say it,” Clark said. “This show is really breaking a lot of rules in terms of what musicals do. It’s subversive and irreverent and hilarious and heartbreaking. It’s all the things in one show. I just can’t think of a show that has as many emotional threads pulling through it as this. It’s really complex.”

Eight times a week Clark transforming into a teenager, and she hopes audiences are ready to suspend disbelief and go along with her. “It’s a very interesting thing to play as an actor because I don’t think the audience thinks for one minute that I’m an actual teenager,” she said. “After a while I hope people forget that it’s an older actor. I hope that they start to really believe the story, which is she has this disease which is making her body age really fast. It’s like a roller coaster and she can’t make it stop. I have to believe that too, or I can’t get the audience to believe it.”

Check out the interview below and head here to check your local listings for The Broadway Show. Hosted by Emmy-winning anchor Tamsen Fadal, it is the only nationally syndicated weekly theater news program.